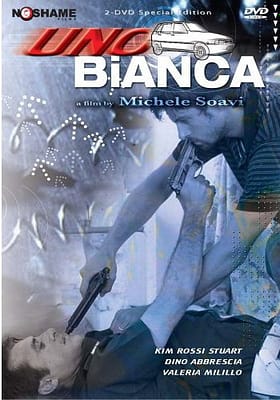 True facts behind the Uno Bianca

The final tally: 24 dead bodies, 102 wounded, 103 criminal acts. These names and figures make up the war bulletin of seven and half years of the criminal activities of the so-called “Uno Bianca Gang”. The gang strikes for the first time in 1987. Armed men. Efficent. ready for anything. They attack supermarkets, banks, tollbooths, gas stantions. At CAsalecchio sul reno, they don’tsteal a thing because an armoured van has already secured the loot. Instead, they kill two carabinieri (police officers), both 22 years old, and seriously wound three innocent bystanders. Next, they shoot two Arab immigrantsand assault a gypsy camp on the outskirts of Bologna. Then came a qualitative leap, their most violent massacre, the Pilastro massacre on January 4, 1991 with the murder of three carabinieri on the outskirts of Bologna. The men of the Uno Bianca gang seem unstoppable. Their actions are lightning fast, all escape routes are 100% sound – but there are other eyes watching them, those of two small town cops from Rimini, named Luciano Baglioni and Pietro Costanza.

In November 1994, Baglioni and Costanza finally hit the right track and start trailing the killers. They fast-check everything: the dates, the timing of the robberies, identikits supplied by the witnesses. With official enquiries concentrated on the local mob and the Sicilian Mafia from Catania, Baglioni and Costanza hang on to their suspicion that the killers may be cops, perhaps even their colleagues who live and breath just few inches away.

Baglioni and Costanza notice that the killers are too well trained. they shoot too precisely, they know all the streets, sideways and roads. they always manage to get away after a hit. They never get stopped at a roadblock or a checkpoint. Baglioni and Costanza put their pieces together: five cops, fully armed, lacking only scruples. With signalling discs and their cop IDs they could easly move up and down the Romagna freeways without being noticed or getting caught. The phones finally get tapped and the main suspect, Fabio Savi, starts being tailed. Baglioni and Costanza identify the puppeteer. The truth hits hard. Fabio Savi and his accompliances are caught at last. The killers confess. Altough they later retract their confessions, there is too much evidence, leaving no room for doubt. The courts of Rimini, Pesaro and Bologna sentence the Uno Bianca gang to lifelong imprisonment.

A blood trail more than seven years long has stained the region of Emilia Romagna. 24 murders without a reason, a crawling carnage. Robberies that brought just few dollars, committed only for pleasure of killing gas staion owners, gypsies, fellow police officers, immigrants, bank clerks, and all witnesses. bestial violence for a riddle that is still without a solution.